Earlier on Wednesday, we covered a couple of stories involving Giannelli Imbula, who is one of the more talked about players in Europe these days, mostly because he’s available and wants to leave Stoke City.

The midfielder has explicitly made his intentions clear and the Potters will not stand in his way if he finds a suitable challenge, which he still hasn’t done.

He’s had a few offers, and L’Equipe in France explain five teams have him in their books this week ahead of the European transfer window closing.

We’ve already covered Lecce and Club Brugge’s side of things, but the French newspaper explain Olympiacos in Greece, an unnamed French side and Torino in Serie A are all also looking at Imbula.

The latter of the three are looking to bolster their squad in case they manage to qualify for the Europa League stages, and have asked Stoke about the conditions of a potential deal.

However, before they make that move, they need to overturn a 3-2 home loss against Wolverhampton Wanderers in the qualifier’s first leg, which is no easy task.

We’ll know more about this after Thursday’s game, then. 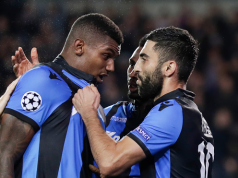