On the front page of today’s edition of Mundo Deportivo, it reads ‘Barca look for more goals’ and they’ve decided to bring in a No. 9 as a substitute for Luis Suarez.

After announcing his decision to leave Atletico Madrid, Antoine Griezmann has been heavily linked to Barcelona and even though he can play upfront, the La Liga winners are looking to bring in an out and out striker.

It’s claimed Liverpool’s Divock Origi and Fernando Llorente of Tottenham Hotspur have been identified as targets for Ernesto Valverde’s side.

The Belgium international’s brace against the Blaugrana at Anfield was decisive to put the Reds in the Champions League final at the expense of the Catalan club.

Origi’s contract runs down in 2020 and reports in Belgium suggest the Premier League runners-up have made the first proposal to extend his contract, but so far he’s not committed his future to Jurgen Klopp’s side.

Llorente’s goal was key for his side to beat Manchester City in the Champions League quarter-final and the former Swansea man was important against Ajax in the last 45 minutes in Amsterdam. 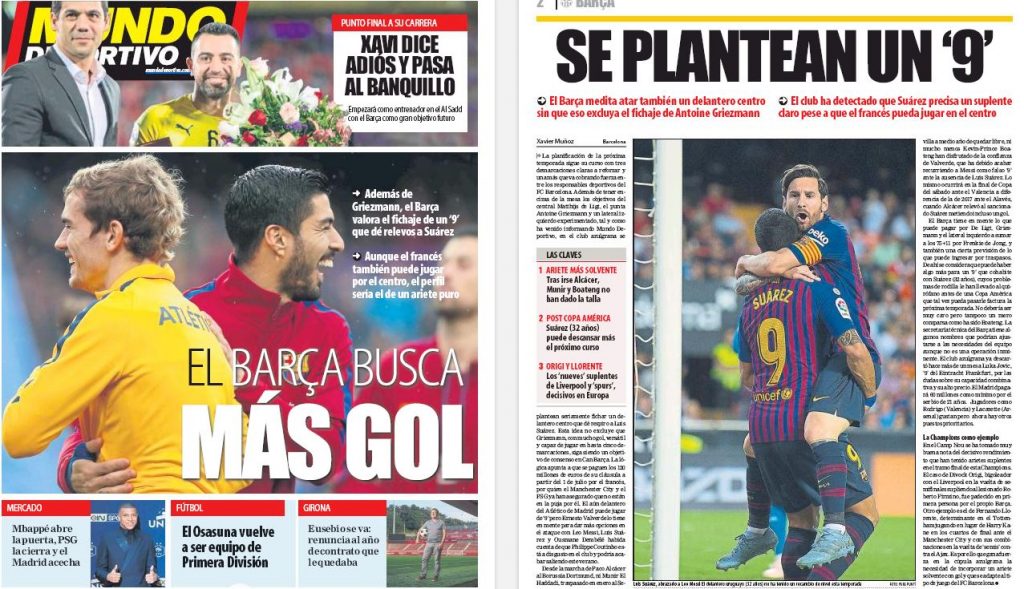 After Origi and Llorente’s ‘decisive’ performances in the European competition, Barca have looked at the duo as they plan to bring in a backup for the Uruguay international.

The Tottenham striker will be a free agent in the summer if Mauricio Pochettino’s side fail to tie him down to a new deal and Origi is unlikely to cost Barca a huge fee.