FC Nantes are hoping that Liverpool will make a move for striker Randal Kono Muani so that they can make money from him rather than lose him on a free.

That’s according to SportBILD, who say the French side would prefer the striker go to Liverpool than Eintracht Frankfurt.

23-year-old Muani has seven goals and three assists in 20 games in Ligue 1 this season, the kind of form that has earned him plenty of attention, particularly as his contract is expiring in the summer.

That means he’s free to discuss a pre-contract agreement for the summer this month, and several clubs are keen on him.

SportBILD explain Eintracht have been working for at least six months to get a deal signed, and the Frenchman has ‘basically decided’ in their favour. This is backed up by Kicker, who add that he is expected at the club next week for a medical.

The former, though, reports that ‘there is trouble’ in the case as Nantes are threatening to go to FIFA with a lawsuit because Frankfurt allegedly made ‘unauthorised contact’ with the player.

The German side obviously deny this and are annoyed by the prospect of a lawsuit, insisting they’ve done everything by the book.

The possibility is there, though, and in the meantime, Nantes are ‘still hoping’ that Muani will change his mind and agree to a January transfer to Liverpool, AC Milan or Freiburg instead. 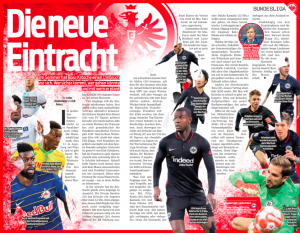 That would mean they can still get a transfer fee for him, as opposed to losing him on a free come the summer.

Liverpool’s interest is nothing new as a report from BILD earlier this month stated the striker was on Jurgen Klopp’s list of transfer options as he fits the profile of player he is looking for.

It was explained in that report that his agents were pushing for Frankfurt, but his family were hesitating because they want more money.

Now with Nantes opposing the deal and looking for cash themselves, there could be a deal there to be done for the Reds if they want it.