Over the last 48 hours, multiple reports coming out of Italy explained Arsenal’s Granit Xhaka is close to completing a switch to AS Roma.

The midfielder is still a player of the north London club and there hasn’t been any change in that because the Serie A side made a €15m offer, while the Gunners are demanding €25m to let Xhaka leave.

This was reported by Gazzetta dello Sport on Wednesday, and they also added the 28-year-old’s willingness to join the José Mourinho’s side could help them get the deal over the line.

It’s also explained the difference between Roma and the Premier League side has ‘narrowed’, after Arsenal ‘defined their request’ at €17.5m.

In other words, €2.5m separates the two sides from reaching an agreement for Xhaka’s transfer.

This ‘narrowed’ difference has resulted in ‘great optimism’ at Roma of ‘concluding the deal’.

Sky’s claims have also been backed by TuttoMercatoWeb. Their report states Roma have made a bid of €15m, while Arsenal are now requesting €17.5m to sanction Xhaka’s sale. 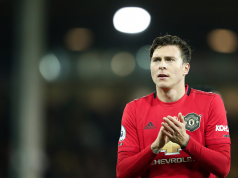 Manchester United value player at €15m – May be prepared to...