The Turkish newspaper reports Sivasspor officials have flown to England to finalise the deal for the 22 year old attacker, with Manchester City reportedly giving the green light to the transfer.

Yesterday we covered reports from Turkey that Sivasspor have tabled a loan offer for Moreno after Robinho left the club. The Brazilian forward was sold to league leaders Basaksehir earlier this month.

According to Fanatik, Sivasspor manager Hakan Keles is keen to see Moreno at the team’s winter training camp as they prepare for the second half of the season.

The Turkish club are also looking to close a deal for Leicester City winger Fousseni Diabate as Keles looks to strengthen his attack in this transfer window.

Moreno has just returned to Manchester City after his loan spell with Flamengo expired. The player still has two years left on his contract with the Premier League champions. 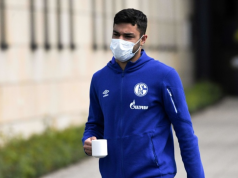