After Huddersfield Town, Fulham became the second club to be relegated from the Premier League in the 2018/19 season.

The Cottagers had a torrid campaign and will return to the Championship.

It’s likely they could see a few of their first team players leave the club in the summer and if reports coming out of Germany are to be believed, Bayer Leverkusen are looking at Aleksandar Mitrovic.

According to SportBild, the Bundesliga side are planning to reinforce their attacking division, which is why the former Newcastle United striker is ‘in their sights’.

The German outlet suggests the Serbia international would cost at least €20m in the summer as he still has four years left on his contract at Craven Cottage. 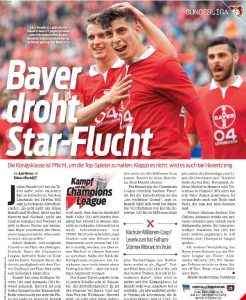