It’s been a while (around a month) since we’ve heard from Rangers’ interest in Maritimo’s Josip Vukovic.

The last time we saw something on the 27-year-old and a move to Ibrox was back in April, when Calciomercato continued to push it, explaining Steven Gerrard’s side were providing competition to the likes of Lazio.

The return of the story in Corriere dello Sport is very similar, although it appears that Rangers have taken a step further in their pursuit of the former Croatia U19 international.

The Italian newspaper state Maritimo in Liga NOS have ‘established contacts’ with Rangers, as well as Lazio and Sassuolo in Italy. 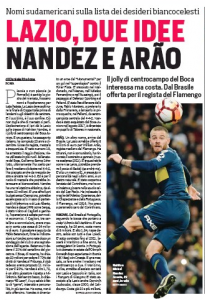 It’s explained Vukovic ‘will leave’ the Portuguese side at the end of the season, although how much for isn’t stated.

A previous report stated somewhere between €900k-1m would be enough, which is why Rangers appear to be so interested: he’s affordable.

This one is worth keeping an eye on, as Steven Gerrard will be keen to bolster this summer in order to close the already diminishing gap with Celtic at the top of the table next season.