Home Europe Club eager to sell player to Chelsea for £50m+, will agree to...
SHARE

Marca report today that Real Madrid are getting tough over a potential exit of Cristiano Ronaldo. They state the Spanish club have denied dropping the player’s clause to €100m and will point to the original €1bn figure in any talks with Juventus.

That amount would obviously drop drastically during negotiation, but Madrid want to appear tough and also require Ronaldo to state publicly why he wants to leave the club.

To bring in a player like Ronaldo, Juventus must likely make way by allowing one of their attackers to leave the club. Massimiliano Allegri has several forwards available at his disposal, out of which Gonzalo Higuaín and Mario Mandzukic apparently have an uncertain future.

The Argentine international has three years left on his contract, while the ex-Bayern Munich man is on the radar of Manchester United. 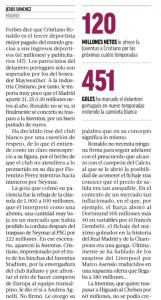 Marca claims Juventus are ready to offload Higuain in the summer transfer window. Chelsea are believed to be the club interested in signing the former Real Madrid striker. Juventus are ready to allow the frontman join the Blues for €60m (around £53m) and would want to sell the player to Chelsea quickly to help with the Ronaldo deal.

Juve ‘want’ to sell the player to Chelsea, report Marca.