After the official announcement from Wolverhampton Wanderers, Portuguese side Benfica have now revealed the details of Raul Jimenez’s transfer to the Premier League side.

As reported to the Portuguese Securities Market Commission, Raul Jimenez is moving to the Wolves on a one-year loan deal, with the English side paying a €3m fee for the spell.

Wolves also get a €38m buying option over the player, which should be activated until the end of the 2018/19 season.

Currently in Russia with the Mexican national team, the striker is expected to be presented by Wolves after the tournament.

Even though Jimenez wasn’t a regular starter for the Eagles, the word in Portugal had always been that Benfica wanted at least €40m to let him leave the club.

So in case Wolverhampton end up activating the buying clause, they will give Benfica the amount they’ve been demanding since the last summer transfer window.

Check the official statement below: 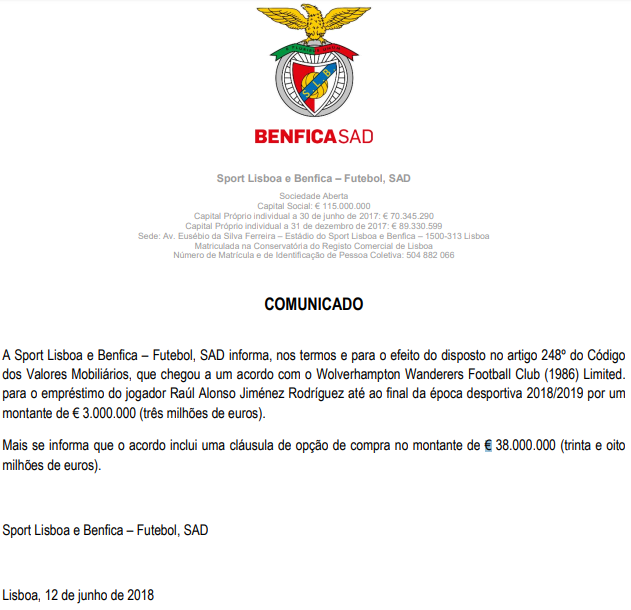