AC Milan have ‘discarded’ the idea of signing Everton midfielder James Rodriguez this summer despite the player having ‘offered’ himself.

That’s according to Corriere Dello Sport, who suggest Rodriguez will not be getting the move he wants.

The Colombian has been heavily linked with a move away from Everton this summer, and it’s believed Italy would be his preferred destination.

He’s hinted he wants such a move publicly, and several reports in Italy have suggested AC Milan could make a move as they look for a new number ten.

The belief is that his agent, Jorge Mendes, is working hard to try and make a deal happen and was even potentially roping his client Rafa Leao into the mix.

Corriere say it won’t be happening, however, stating that the rumours have ‘not been confirmed’. 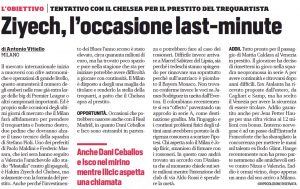 They say Rodriguez had recently offered himself to the Serie A side and suggested that a move to Italy would be ‘welcome’.

However, his salary and his ‘continuous physical problems’ of the last few years means the Rossoneri management have decided to ‘discard the hypothesis’.

In other words, they’re not interested, and it appears Rodriguez will have to find himself a new club if he is to leave Everton this summer.