Sead Kolašinac wanted regular minutes in the second half of the season after struggling for more playing time at Arsenal in the first part of this campaign.

The Gunners allowed the 27-year-old to return to Schalke on a loan deal in the winter market.

In his second spell with the German club, the left-back has made 13 league appearances, which includes 12 starts. Schalke manager Dimitrios Grammozis even used the Arsenal owned player as a defensive midfielder on a few occasions.

The Bundesliga side have struggled in the league as they sit at the bottom of the table and are likely to get relegated.

Despite the current situation, Grammozis’ side have a desire to retain the Bosnia and Herzegovina international on a long-term contract. That’s according to this week’s edition of SportBild.

Schalke sporting director Peter Knäbel has held talks with Kolašinac as they ‘definitely want’ to keep the Arsenal fullback. However, the Premier League side have ‘blocked’ his move because of Mikel Arteta. 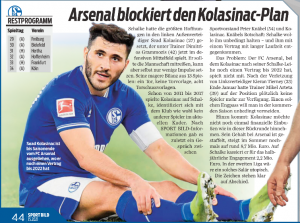 season. The north London club’s manager has been forced to be creative and use other players in the left-back position during the Scot’s absence.

Arteta wants to avoid a similar situation next season and therefore, according to the German claims, isn’t willing to sanction Kolašinac’s sale in the summer. The Bosnian’s contract at the Emirates runs down in 2022. 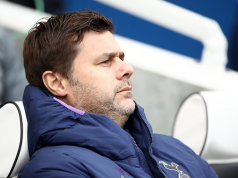 ‘Beginnings of a divorce proceeding’ – Man United could have free...

‘The team would be Newcastle United’ – Player tells manager that...