Already struggling this season, Lyon’s future looked increasingly bleak after their 1-0 loss to Rennes at the weekend.

Not only did the Ligue 1 side drop points once again, but they lost both Memphis Depay and Jeff-Reine Adelaide for the remainder of the campaign, both suffering cruciate knee ligament injuries.

This led Juninho, their director of football, to admit they will need to make some moves in the January transfer window, which includes signing a defender, with Everton’s Lucas Digne on their agenda.

That’s what Le Parisien are reporting on Tuesday, claiming Lyon are prioritising players who could settle in relatively quickly, meaning they’d need them to be French speaking.

As well as the Everton defender, it’s explained Thomas Lemar and Steven Nzonzi are two other footballers that have ‘pleased certain Lyon decision makers’ in recent weeks. 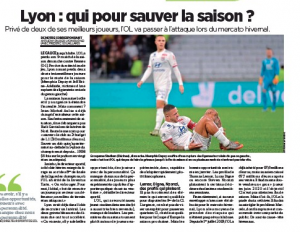 There’s no indication at how much money the Ligue 1 side will have at their disposal next month, but Le Parisien reveal the club ‘have the means to take risks that weren’t originally planned’.

If that includes making a move for Lucas Digne, then a lot of money will be needed, as the Everton star has quickly become one of the best players in his role in the Premier League, and it would likely take a lot of money to convince those in charge at Goodison Park to part ways with the Frenchman.

For now, it just seems to be an idea, and we’ll have to wait and see if they plan on making a more serious move down the line.