In search of a striker during the January transfer window, Arsenal turned their attention to Dusan Vlahovic, who eventually ended up going to Juventus.

He wasn’t the only player the Gunners looked at, with reports that Alvaro Morata, who so happens to currently be in Turin on loan from Atlético Madrid, was also a target for Mikel Arteta.

Rumours of a bid being made by Arsenal emerged, but no transfer ever happened, with the Spaniard and Vlahovic set to finish the season together in Italy.

What happens beyond that, however, remains a mystery, with Juventus unlikely to want to pay the €35m they would owe the La Liga side to make the move permanent.

That’s where the Gunners step in, with Corriere dello Sport’s Ivan Zazzaroni over the weekend claiming that over at Atlético, they claim to ‘have an Arsenal offer of €30m in hand’. 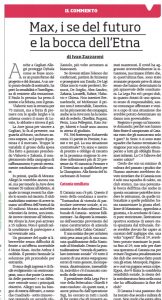 Not only that, but should he be presented with the opportunity to go to the Emirates and return to the Premier League, Morata would ‘gladly go to Arteta’.

One thing he ‘doesn’t intend to’ do, however, is return to Atlético Madrid, where he knows he would struggle for game time.

With Juventus only wanting to reach €15m with their offer, they are ‘therefore not in a position to participate in any auction’ for the Spain international, seemingly leaving Arsenal in the lead on this one.