Ahmet Nur Cebi was voted in as new Besiktas president at the weekend and he’s now looking to bolster the Black Eagles’ squad in the January transfer window.

According to the Turkish website Fotospor, Besiktas’ new board member Erdal Torunogullari, who was involved with transfer deals during his first spell with the Super Lig side, has now set his sights on Leicester City forward Kelechi Iheanacho.

We covered initial claims from Turkey that the Leicester City man would be a target for Besiktas if Cebi won Sunday’s election, and Fotospor now claim the Turkish side could make an offer for the Nigerian.

Besiktas are in need of a striker as the club’s only recognised No.9 Burak Yilmaz is 33 years old and currently sidelined with injury.

The Leicester City player could kickstart his career with Besiktas and a loan move is on the agenda at this stage. The player has been struggling to get regular game time under Brendan Rodgers this season.

Iheanacho is under contract at the King Power Stadium until June 2023. 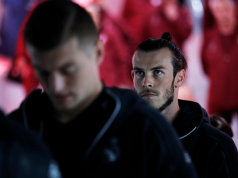 Player has gone from ‘hell to heaven’ at Tottenham – ‘Unexpected weapon’ for Spurs, ‘clinging to his performances’

Player has gone from ‘hell to heaven’ at Tottenham – ‘Unexpected...