According to Turkish newspaper Fotomac, Galatasaray president Mustafa Cengiz will hold transfer talks in Paris, with his club set to face PSG in the Champions League today.

It’s reported Huddersfield Town defender Terence Kongolo will be on the agenda as Galatasaray evaluate their options ahead of the January transfer window.

The Dutch defender has been linked with a move to the Turkish club in the past few weeks and these latest claims suggest he could join Gala in January, if negotiations in the French capital go well.

Fotomac report William D’Avila, the agent who’s working closely with Galatasaray, has offered the Huddersfield Town player to the Super Lig side and this will be discussed. 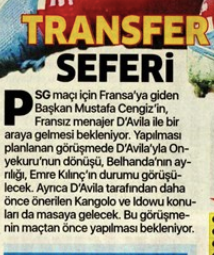 D’Avila’s other clients Younes Belhanda and Henry Onyekuru will also be on the agenda in the meeting.

The 25 year old, who joined Huddersfield Town from AS Monaco for €20m, has made 11 appearances for his club this season.

His contract with the Terriers will expire at the end of June 2022.