Philippe Sandler left Dutch club PEC Zwolle and made a switch to Manchester City in the summer of 2018.

A knee injury forced him to spend the first few months on the sidelines and after recovering, he had to wait until January to make his first team debut for the Premier League champions.

The 22-year-old made one appearance each in the FA Cup and Carabao Cup during the previous campaign.

Despite the minimal role at the Etihad last term, Anderlecht are following the defender.

Belgian newspaper Het Laatste Nieuws now claims the Jupiler Pro League side have set their sights on signing the Amsterdam born player on a loan deal.

It remains to be seen if the domestic treble winners will allow Sandler, who is managed by super-agent Mino Raiola, to join Anderlecht on a temporary deal. 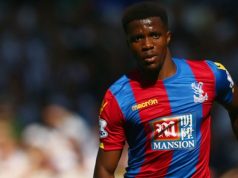 Man United have ‘recently manifested themselves’ for young defender – Face...