Barcelona have agreed a deal with Tottenham Hotspur for Emerson Royal’s sale and his exit will force the Catalan club to bring in a new right-back on deadline day.

On Monday, Mundo Deportivo reported Arsenal’s Héctor Bellerín has emerged as the ‘main target’ for the La Liga side.

Sport on Tuesday state Barca are ‘already well advanced’ to sign the 26-year-old on a loan deal.

It’s claimed the Spanish side’s sporting leaders met with Ronald Koeman yesterday, where it was decided the club would look to strengthen the fullback and attacking positions.

The Gunners have made the defender available in the market and he was close to joining Inter Milan before they decided to bet on Denzel Dumfries. 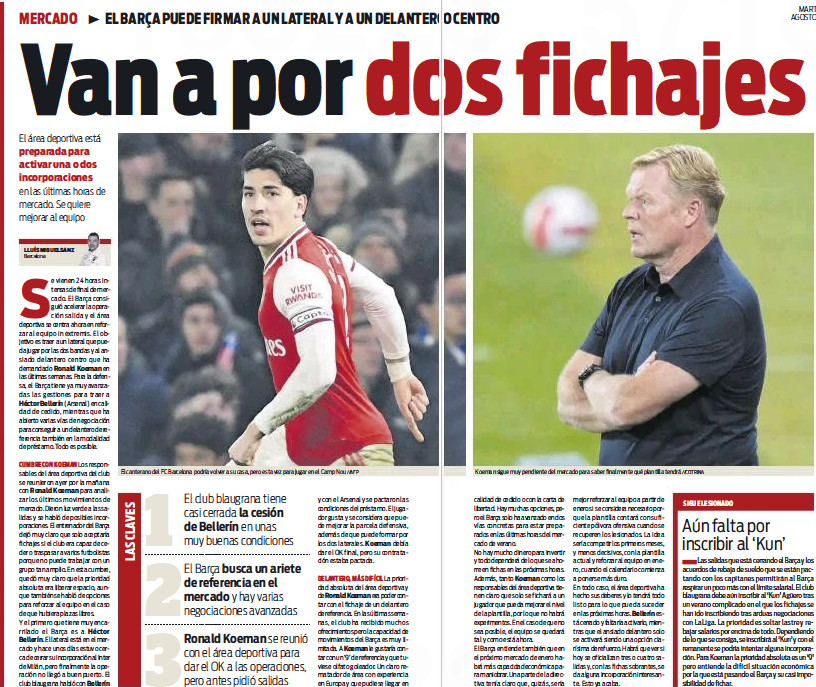 Barcelona have emerged as an option for the Spaniard and the newspaper says they have held talks with both the player and the north London club, and the ‘conditions of the loan were agreed’.

Sport don’t make clear if the agreement was between the two clubs, between Barca and Mikel Arteta’s man or between all three parties.

Bellerín, for his part, likes the option to move to the Camp Nou. Sport add ‘Koeman had to give the final OK, but his hiring was agreed’.