Claudio Ranieri has been quiet since his Leicester City exit, letting others do his talking for him. The Italian manager has received much sympathy around the football world with it being plain to many there was some kind of plot behind the scenes to create a power shift.

Whilst that have been more to do with the coaching staff than the players, it’s Leicester City’s stars who have been under the biggest pressure and it’s they who have managed to perform and pull the club at least a little clear of the relegation zone.

Ranieri has been tentatively linked with other clubs, and the respected France Football report in their magazine this week that Wolfsburg’s rumoured approach happened, but 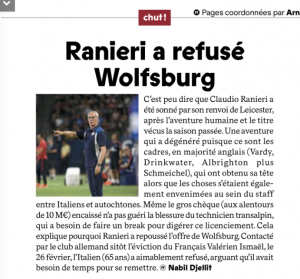 the former Leicester City manager turned the opportunity down.

With France Football saying Ranieri got as much as €10m from Leicester after the exit, it’s explained that financial boost hasn’t soothed things for the manager and he needs a period of reflection before throwing himself into work again.

When that time comes, Ranieri probably won’t have a shortage of takers despite what happened with Leiicester this season. 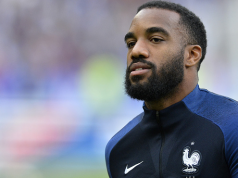