Hatem Ben Arfa and Claude Puel is a better love story (and saga) than Twilight, and we mean that.

No matter how far apart they are, they will always be linked with a return into each other’s arms, and now that Riyad Mahrez, currently trapped in a glass case of emotion somewhere, looks destined to leave Leicester City in the summer, it’s only going to come back stronger.

Deciding to sit on his backside and cash in his delightfully satisfying paycheque at Paris Saint-Germain, the former France international will be out of contract in the summer having played zero minutes for the Ligue 1 leaders this season, and Claude Puel is waiting.

That’s what L’Equipe are reporting on Wednesday as they create a starting XI of players available on a free, but Leicester might face some competition. 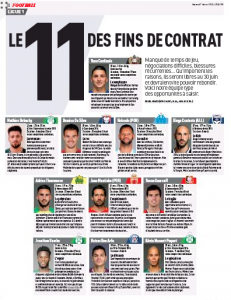 According to the French newspaper, Ben Arfa has, over the past few weeks, received an offer from a Turkish club that would see him earn more than what he already does in Paris.

That’s quite a lot of money, and probably more than Leicester will be wanting to pay him were he to consider a return to the Premier League.

This could get messy, but at least there aren’t werewolves and vampires, and that makes it far more interesting than Twilight.

See, we were right.