Last week, reports started emerging that Tottenham and Chelsea were both looking at Milan’s Franck Kessie, who is technically still an Atalanta player.

Despite being guaranteed to be bought permanently, the Ivory Coast could also be sold if the Serie A side don’t make the Champions League come the end of the season, yet Spurs aren’t prepared to wait that long.

That is, at least, what Il Messaggero report on Monday, claiming that Milan have ‘received an offer’ from Tottenham for the Ivory Coast international, although the details haven’t been revealed as of yet.

There’s also nothing in there when it comes to whether or not they have accepted what Daniel Levy put on the table. 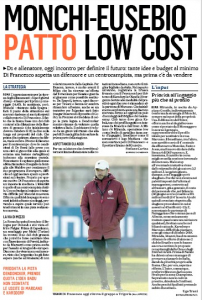 This all comes amid a claim that Gennaro Gattuso’s side are ‘very advanced’ in their attempt to sign Alfred Duncan from Sassuolo, whom they see as a replacement for Kessie should he leave for pastures anew.

To be honest, it’s all very vague, and with Il Messaggero being a Rome based newspaper primarily focusing on both Roma and Lazio, we wouldn’t put them in our top list of sources when it comes to what happens in Milan.

We’re not discrediting them, but we’re just letting you know from past experience what they normally report on, and information about Milan clubs isn’t their normal modus operandi.