According to Gunes, Galatasaray have identified Everton’s Morgan Schneiderlin as a target and they’ve have made a loan offer for the player.

After signing Jean Michael Seri, Galatasaray are looking to add a defensive midfielder to their squad to replace Fernando. The former Manchester City player recently signed for La Liga side Sevilla.

Gunes reports Schneiderlin is likely to leave Everton following the arrival of Fabian Delph and Galatasaray are looking to take advantage of this situation by making a loan offer, with an option to buy. 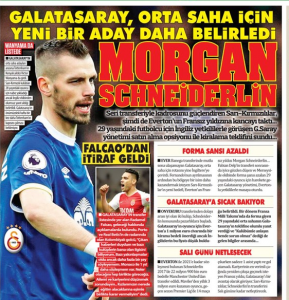 The 29 year old is said to be open to joining Galatasaray to make new start in his career. He’s reportedly told Galatasaray if they can find an agreement with Everton then he will gladly join the Turkish club in order play in the Champions League next season.

Schneiderlin made 14 appearances for Everton last season in the Premier League. 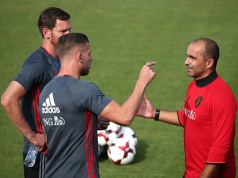 Arsenal interest grasped as competition for Chelsea – As Sanllehí set...

Agent trying to push player to Manchester City – So he...