There is another update regarding the 31-year-old in the front page of the same paper.

It’s claimed the Spaniard and Sassuolo’s Stefano Sensi are two options for the Rossoneri in January as they look to strengthen the midfield following injuries to Lucas Biglia and Giacomo Bonaventura.

The Serie A outfit’s sporting director Leonardo and Paolo Maldini have already held talks with the Blues player’s agent, whose contract at Stamford Bridge runs down after this season.

Fabregas has been restricted to a limited role in the Premier League under Maurizio Sarri, but that hasn’t stopped the FA Cup winners from asking for €12m to sanction his sale in January. 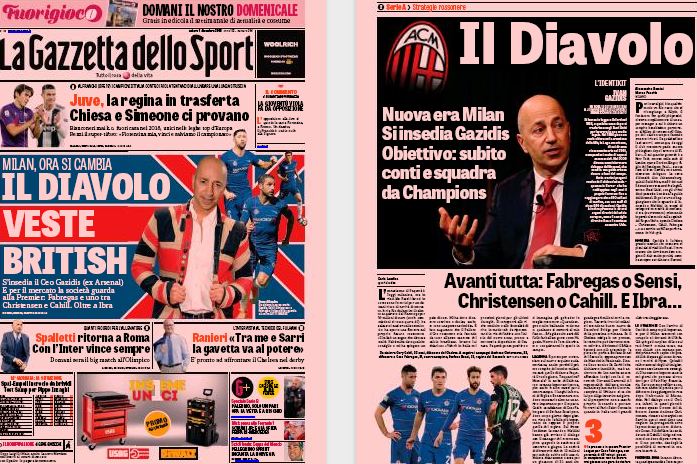 Gazzetta claims Milan have deemed the asking price ‘exorbitant’ for a player who is 31 and is earning €6m-a-year.

Gennaro Gattuso’s side are now waiting for good news from the west London club next week and the deal for Fabregas could stay alive, if Chelsea are willing to soften their stance on the Spaniard.

If Milan are unable to get the deal over the line, they will try to make an approach for Sensi.