Once again coming out victorious in a battle against former Chelsea manager José Mourinho, Antonio Conte is quickly building himself quite a reputation in England, and will cement that when he (most likely) lifts the Premier League trophy at the end of the season.

Topping the league with a team that struggled to finish in the league’s top half last season is quite the feat, and the Italian, whose profile was already quite attractive prior to his time in London, could now comfortably be considered as one of the best in the job.

Silverware and a return to the Champions League are likely to convince Roman Abramovich he has the right man for the foreseeable future to take his beloved Chelsea team to new heights, and keeping Conte will be a priority for him.

It seems near impossible the former Juventus man will leave Stamford Bridge in the summer, yet some movement in Italy could lead to an offer or two arriving on Conte’s desk at the end of the season.

Il Messaggero on Tuesday explain that AS Roma, who are yet to tie down Luciano Spalletti to a long-term contract, could look at Antonio Conte as an alternative if the 58-year-old doesn’t commit. 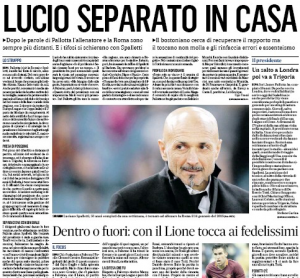 Of course, the Chelsea man is mentioned in a list with other names, including Paris Saint-Germain’s Unai Emery and Barcelona’s Luis Enrique, who already managed them between 2011-2012.

It would have to be a very attractive offer indeed to lure Conte away from London at the end of the season, and if it comes down to money, we all know the Russian oligarch in charge at Stamford Bridge is likely to flex his financial muscles with a new contract to keep his man.

Chelsea fans don’t have a lot to be worried about here, we don’t think.