Home Premier League Chelsea Chelsea willing ‘to go all out’ to get signing done – Abramovich...
SHARE

Even though it feels like a far fetched rumour, and has been rubbished by several in Italy, including outspoken pundit Antonio Cassano, claims linking Romelu Lukaku to Chelsea and Manchester City won’t go away.

It appeared to have started in the English media and the ball got rolling from there. Lukaku has a solid history in English football and has of course had experience with Chelsea earlier in his career.

This season has been a very successful one for him with Inter Milan, and on Sunday he celebrate the Serie A title with the club. If they were now to sell him it wouldn’t go down at all well with Inter’s large fanbase.

Nevertheless, journalist Pablo Planas, writing for his transfer column in Mundo Deportivo, reports Chelsea are willing ‘to go all out’ to secure the striker’s signing. The Blues have lost patience with Timo Werner, and believe signing the Belgian international will improve them for next season. 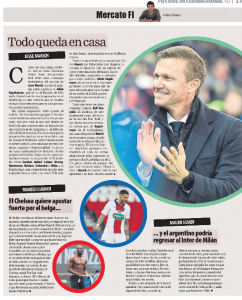 Roman Abramovich is said to be backing the plan, having become convinced that getting Erling Haaland is an ‘impossible dream’ this summer.