Serie A sides tried to sign Olivier Giroud in the past few windows, but weren’t successful in their efforts to get him away from Chelsea.

The 34-year-old is still with the Blues and continues to contribute with goals as he’s netted 11 times in all competitions this season.

With a current deal expiring in the summer, Gazzetta dello Sport explain the striker will ‘not renew’ his contract with Thomas Tuchel’s side.

The Giallorossi looked at the France international on a few occasions in the past, once when they were discussing selling Edin Džeko to the west London club in 2018 and also last summer.

Giroud will have a fresh opportunity to move to Serie A in the next window due to the duration left on his contract.

Paulo Fonseca’s side ‘asses’ the possibility of incorporating the World Cup winner in their squad next season. 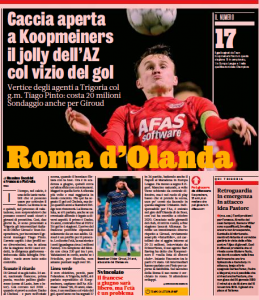 Džeko has a contract until 2022 and Giroud’s signing could ‘only depend’ on the Bosnian’s exit in the summer.

The former Arsenal man will turn 35 later this September and Gazzetta explain his ‘age is a problem’ for Roma.

Giroud shouldn’t be short of options in the summer, mainly because of his experience and being available on a free transfer after this season.