The 74-year-old had a long career managing clubs from Italy and Eastern Europe, having had his last job with the Turkish national team until February 2019.

Lucescu has spoken a little about Juventus players such as Douglas Costa and Cristiano Ronaldo, but it turns out he’s also fed a transfer rumour by suggesting a move for Chelsea’s Willian.

They worked together during the Brazilian’s time at Shakhtar Donetsk, and for Lucescu, it’s time for Willian to change clubs and go to a new place. Perhaps Juventus. 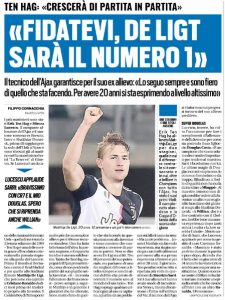 “For Willian, who is at the end of his contract with Chelsea, a new experience would be good after so many years in London and Juve would be ideal,” said Lucescu.

It’s not clear what question was put to the manager, so perhaps the journalist first mentioned Juventus and the interviewee was just led to answer about a move to the Old Lady.

Mircea Lucescu was in charge of Shakhtar Donetsk from 2004 to 2016. His spell at the club is not only impressive for its longevity, but also for his achievements, since he won the Ukraine league eight times and the local cup six times. Willian was present for nine of those titles.