Borussia Dortmund’s Jadon Sancho had disciplinary issues in the first half of the season, at least according to the German media, but it looks like he’s put it behind him.

The winger is excelling for the Bundesliga side and has 17 goals and 18 assists in all competitions this season.

According to Bild, the relationship between the 19-year-old and the German club is ‘blossoming again’, but the question is for how long. Even though his contract at Dortmund expires in 2022, the England international could leave in the summer.

Sancho’s not short of suitors as the outlet adds Chelsea and Liverpool to the list of clubs interested in him.

It’s claimed the Blues and the Champions League winners are ‘top candidates’ for the England international. The former Manchester City’s man valuation is set at €140m, but the asking price could rise if he continues to shine until the end of the season.

Michael Zorc, the Dortmund director of football, heaped praise on the teenager.

Speaking to Bild, Zorc said: “In the training camp in Marbella I noticed that Jadon has been there with incredible enthusiasm since the beginning of January. You can see that in the games now. He has to continue in the same way.”

Though Bild claims Chelsea and Liverpool are top contenders for Sancho, along with Manchester United, they don’t mention who is leading the race to sign the talented youngster. 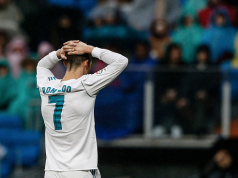 Manchester United star has ‘two escape routes’ in front of him...