Chelsea and Juventus will rival Real Madrid ‘in the fight’ to sign AS Monaco’s Aurélien Tchouaméni, according to Marca on Tuesday.

The midfielder made his France debut in September and was impressive in Les Bleus’ win over Spain in the UEFA Nations League final on Sunday.

It’s claimed the La Liga side have followed him for a ‘long time’ and the 21-year-old is now the ‘most talked about’ name within Los Blancos’ offices.

Carlo Ancelotti currently has Casemiro as the only recognised defensive midfielder in his squad, with academy graduate Antonio Blanco as his back-up.

Blanco is in the Spanish giants’ long-term plans, but if he fails to convince Ancelotti immediately, then the club will have to look for a replacement/back-up for Casemiro. 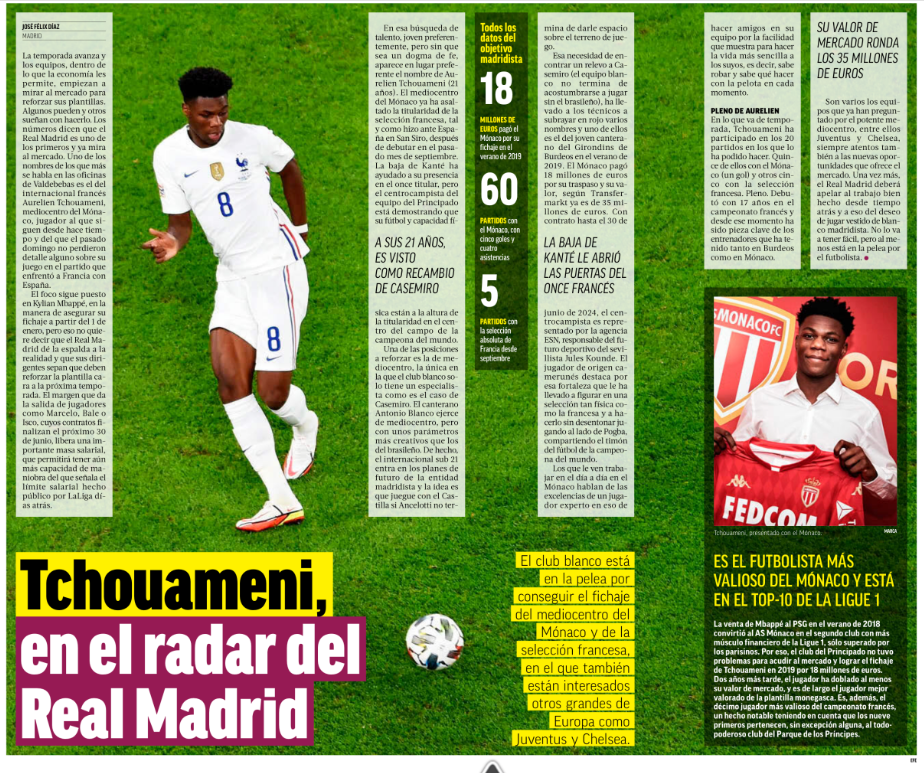 This is where France’s breakthrough star fits in, but Ancelotti’s side will face competition from the Blues and the Old Lady.

According to Marca, both Chelsea and Juventus have initiated contact. The duo, who are always ‘attentive’ of the market, have already asked about the ‘powerful midfielder’. 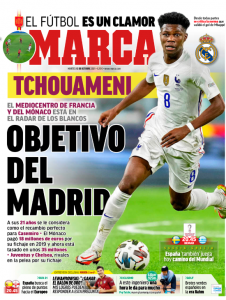 Monaco invested €18m in signing Tchouaméni from Bordeaux in 2019 and he’s now valued around €35m, which seems on the low side of reality.

Tchouaméni has become a transfer ‘objective’ for Real Madrid.

However, with Chelsea and Juve ‘in the fight’, it’s said Real Madrid will ‘not have it easy’.