Inter Milan are in an ‘awkward position of still having to scrape together several millions’ after selling Achraf Hakimi to Paris Saint-Germain, reports Tuttosport.

To achieve it, Romelu Lukaku is one of the ‘greatest contenders’, and he’s wanted by Chelsea.

The Blues have shifted their focus to the striker after finding it difficult to sign Borussia Dortmund’s Erling Haaland.

Lukaku feels good, on and off the pitch, in Milan and isn’t looking to leave the Serie A winners. Despite this, the outlet adds his price tag is set between €120m and €130m.

The Nerazzurri hope ‘not to receive Chelsea’s official offer via email’, and if the receive an offer around €120-130m, then Giuseppe Marotta and Piero Ausilio ‘could hardly say no’ without presenting it to Inter chairman Steven Zhang. 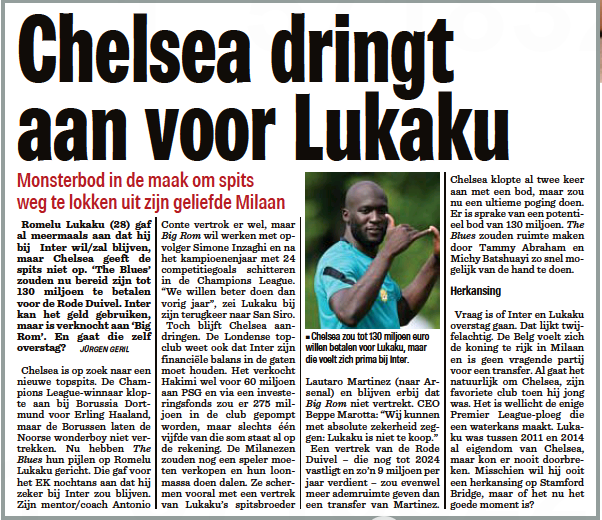 Over in Belgium, Het Nieuwsblad state Chelsea ‘continue to insist’ on landing the frontman in the ongoing window.

The Champions League winners are aware the Italian club need to make one more big sale [after Hakimi] to balance their books. Inter continue to insist Lukaku is not for sale, while Thomas Tuchel’s side ‘push for’ the frontman’s signing.

Het Nieuwsblad state: ‘Chelsea have already knocked twice with an offer, but would now 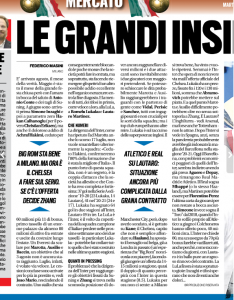 make an ultimate attempt. There is a potential offer of 130 million. The Blues would make room by getting rid of Tammy Abraham and Michy Batshuayi as soon as possible’.

Even if Chelsea were to submit a ‘monster bid’ and if it becomes difficult for Inter to say no, the question is whether or not the European champions can convince Lukaku to leave Milan and return to Stamford Bridge.

It’ll be interesting to see how this case develops, if Chelsea were to submit an offer in the region of €120-130m.