Chelsea’s Tiémoué Bakayoko has ‘received a proposal’ from Crystal Palace, who are ready to battle with AC Milan for his future.

The French midfielder has returned to Stamford Bridge this summer after a loan spell with Monaco, his second temporary move away from the Blues after a spell with Milan in 2018/19.

He is expected to depart once again this summer, though, with Chelsea keen to move him on and recoup some of the £36m they paid Monaco for him three years ago.

A permanent move to Milan has been heavily mooted, with them keen on a reunion and talks between the two clubs having been underway for several weeks.

Corriere Dello Sport cover the situation today and explain that after seemingly being ‘on the verge’ a few weeks ago the deal has ‘run aground’.

That’s over Chelsea’s demands for the purchase price they want to include in the deal, with them asking for €30m and the Rossoneri wanting a discount on that of at least €5m.

In the meantime, a new suitor has emerged in the shape of Crystal Palace, who the midfielder has ‘received a proposal’ from. 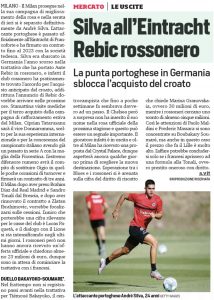 That is all the newspaper offer, failing to make it clear what the nature of that proposal is or even if Crystal Palace have been in touch with Chelsea in regards to a transfer fee and everything else involved.

They do offer a positive stance on the Eagles’ hopes, though, saying that Bakayoko will wait a few more days before ‘choosing his new destination’.

That would suggest he is open to the move to Selhurst Park, although, given the previous reports, AC Milan is likely to be his preferred destination if the choice is there.