The La Liga side have cut ties with a few players and need to get rid of one of their top earners in order to help them renew Lionel Messi’s contract.

Griezmann is one of the top earners at the Camp Nou and the report states he’s on the Catalan club’s exit ramp this summer.

Several clubs are interested in the forward and the La Liga side are studying different options to transfer him. As things stand, the Blaugrana’s technical leaders are ‘clearly betting’ on a loan move since they cannot earn a lot from the 30-year-old’s sale.

Atlético Madrid are credited with an interest in carrying out a swap deal involving the France international and Saúl Ñíguez. 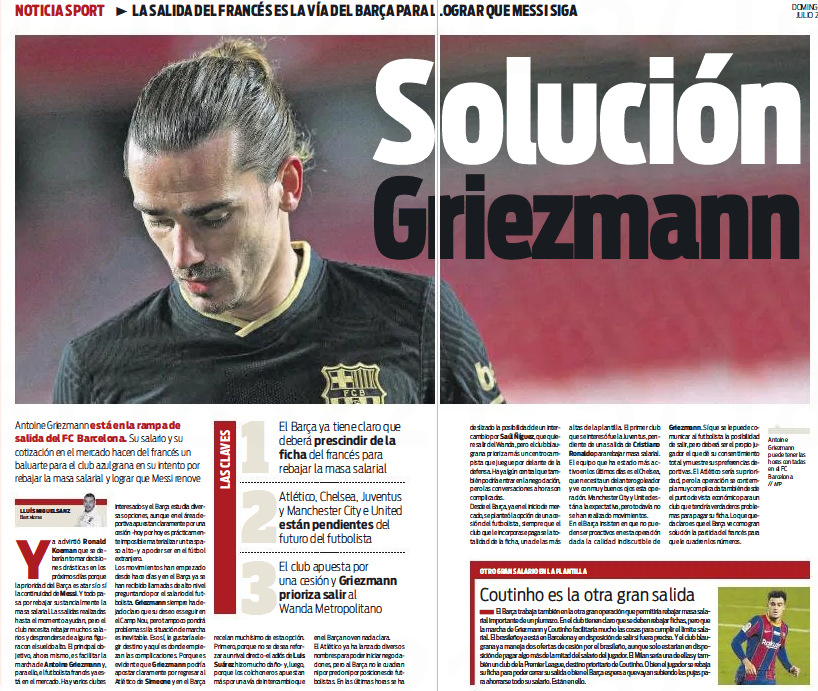 Ronald Koeman’s side would prefer if the attacker moves to a club outside Spain, after raising the possibility of his transfer at the start of the window.

Barca are in favour of a loan deal provided the club wanting to sign the ex-Real Sociedad star takes care of his full wages.

The Blues get a mention as Thomas Tuchel’s side are the ‘team that has been the most active in recent days’. Chelsea, who need to new striker, see the operation to sign the attacker, most likely on a loan deal, ‘very favourably’.

Griezmann needs to ‘give his full consent’ for any operation to take shape. Sport state his priority is to return to Atlético, but the deal to take him back to Madrid is complicated from an economic point of view. This may open the door for him to join Chelsea.