Like the vast majority of Chelsea transfers so far this summer, the loan taking Jérémie Boga away from Stamford Bridge has yet to materialise, even if there is a favourite.

Towards the end of June, it emerged that Sassuolo were keen on signing the French forward, and they remain top of the list to acquire the 21-year-old’s services on a temporary basis.

According to Gazzetta dello Sport, the deal is ‘one step away’ from completion, which sounds a lot like what’s happening with Mario Pasalic’s loan with a view to buy to Fiorentina.

While it isn’t mentioned in the Italian newspaper, it’s extremely likely the managerial situation at Chelsea has something to do with it, probably waiting for everything to be made clear before giving the green light for player exits and arrivals. 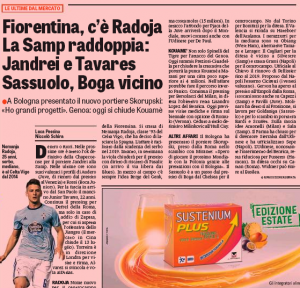 Capable of playing pretty much anywhere from attacking midfield onwards, Boga has one Chelsea appearance to his name, an 18 minute cameo last August in the season opener loss against Burnley.

He was then swiftly sent on loan to Birmingham, where he saw out the rest of the campaign, playing 34 times, scoring two goals and picking up three assists.