Celtic fans have a record of leaving an impression on supporters of other European clubs. Thankfully, it’s usually very positive and at Sport Witness we’ve covered many stories from across the continent on the topic.

For example, the 2004 UEFA Cup quarter final between Celtic and Villarreal left such a mark on supporters of the Spanish club that they formed a fan group called Celtic Submarí, which has more than 600 members in Spain.

Their motto is ’90 minutes of rivalry and a lifetime of friendship’.

This evening, Celtic face Rennes at Roazhon Park, and travelling fans of the Scottish Premiership club may find they’ve previously left a mark on the French club’s supporters… although they may not want it demonstrating. 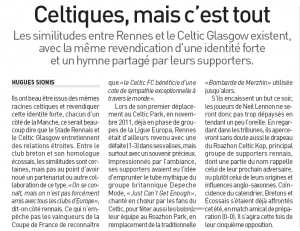 In 2011, Rennes travelled to Celtic Park for a Europa League match. They lost 3-1, yet L’Equipe reports today the club brought home a ‘precious memory’.

Impressed by the atmosphere at the Glasgow side, Rennes fans were especially keen on the song Celtic used after scoring a goal: ‘Just Can’t Get Enough’

After that, Rennes ditched their long used ‘Bombarde de Merzhin’ and copied their new Scottish friends.

So, should Neil Lennon’s side concede in France tonight, they’ll likely hear a rendition of their own celebration song.

Below is how L’Equipe believe Rennes and Celtic will line up later on today. 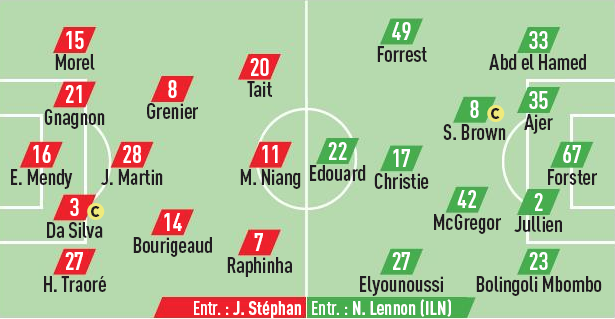