As Manchester United dig in on their Bruno Fernandes stance, and send messages to their closest media, Sporting are doing a similar thing in Portugal.

Monday’s edition of Record reports the Lisbon club are firm: They want €60m plus a further €10m in bonuses for their player, ‘otherwise there’s no business’.

The club are ‘adamant’ and ‘won’t back down’ despite ‘demands’ from Manchester United. Constant contacts are continuing, and it’s explained there were even talks on Sunday, with the Premier League club making ‘various attempts’ to find a deal.

Each effort was met with a firm ‘No’ from Sporting, because it was below their valuation.

Record reiterate United’s first offer was €50m plus €20m in bonuses, with those extra payments seen as very difficult to achieve, and one of them requiring Bruno to win the Ballon d’Or.

United later made clear they could change the offer to €60m plus €5m in bonuses, but this wasn’t made formal. 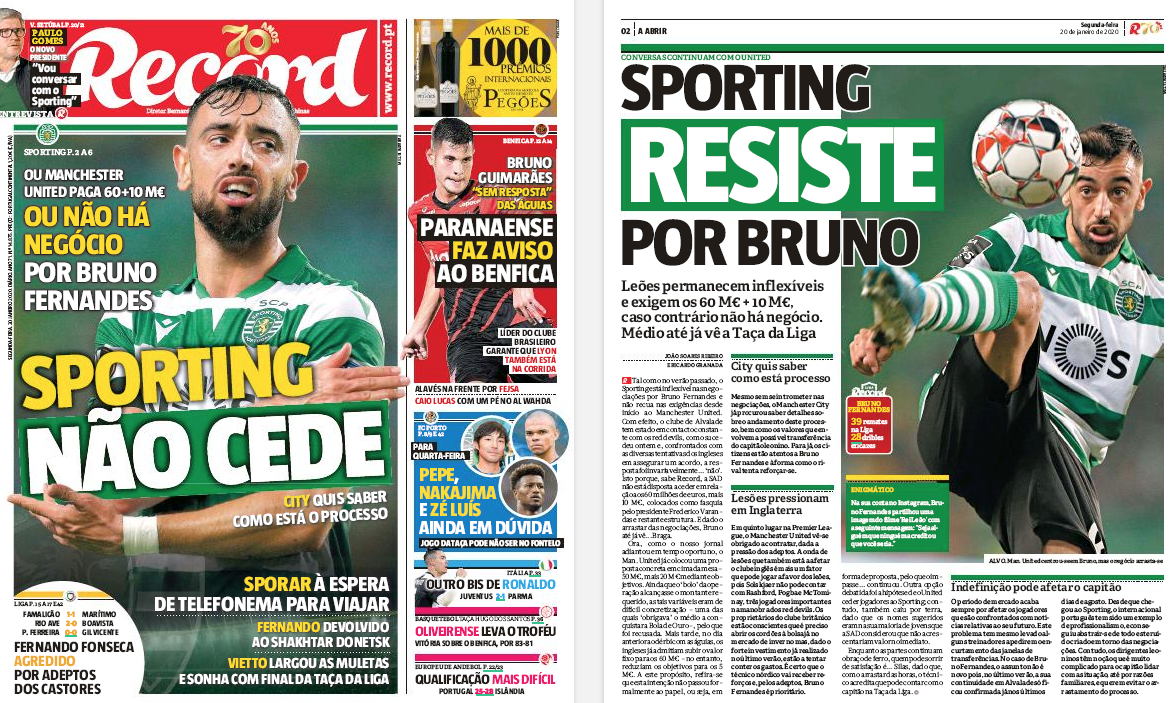 As it stands, Record believe Bruno is all set play against Braga on Tuesday evening.

O Jogo’s Monday edition agrees that talks are continuing, and, just like Record, they state Sporting want €60m plus a further €10m in bonus payments.

A Bola disagree slightly, and say Sporting want €65m plus €5m in realistic bonuses, but, still, as has been the case since the story started, it’s made clear the Portuguese club want a headline figure of €70m.

Manchester United have briefed their media that the Lions are asking for €80m, which doesn’t seem to be the case. 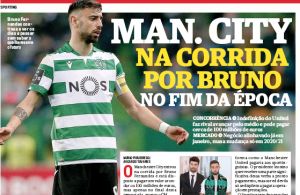 Correio da Manha report Manchester City are ‘willing to pay’ €100m for the player, however, they have a bad track record and we stopped covering them on Bruno a while ago. City would agree a deal now and the player move in the summer.

This doesn’t look like a Sporting brief, as it’s not from the usual sources, and is a story probably best ignored.

Bruno Fernandes to Man United | A look at the saga (so far), and the willingness to parrot club PR.