Just like the English and the Spanish media, the Brazilian press is also hearing that Philippe Coutinho’s move to Barcelona is getting closer.

On Tuesday, it was reported by Esporte Interativo that there are ‘good feelings’ about the move, especially from the player’s agents and the Catalan side.

The Nike episode would have made things a bit more tense, but wasn’t strong enough to collapse the deal or delay it for a long time.

Website UOL, who often have reliable information on these rumours, has been quite silent in the past few days. They only came with an update this Wednesday, and it’s a very short one.

As they report that Coutinho should not make it to the game against Everton, UOL says they’ve learned that Liverpool and Barcelona are back in talks about the possibility of a January move.

That’s all they have for now, and as they are not a website who used to making things up, even the amount of the transfer is credited to the Spanish press.

So it’s sounding like every media outlet is learning the same: Barça don’t want to wait for the summer to get Coutinho. 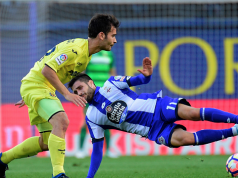