Rafael Benitez’s contract at Newcastle United expires at the end of this season.

Over the weekend, the former Liverpool manager gave an interview to Marca, where he explained the Magpies owner Mike Ashley is aware of his conditions for his continuity at St James’ Park beyond this campaign.

Another Spanish newspaper AS have also conducted an interview with the Tyneside club’s boss and he was once again asked about the situation surrounding his future.

“I do not want fans or players to waste time thinking about that. The key is to achieve permanence and then talk about projects,” Benitez said.

When further questioned as to what motivates him, the 58-year-old manager said: “I speak of an ambitious future project.”

“With the possibility of competing and fighting to win. When you have won titles, you want to keep fighting for it. I like my job; my people manage systems well and we want to compete to win titles if possible.”

Just months after being sacked at Real Madrid in 2016, Benitez took charge of Newcastle and the English club were struggling in the league at that time. After the 2015/16 campaign, the Magpies were related and a year later, the Spaniard helped them return to the Premier League. 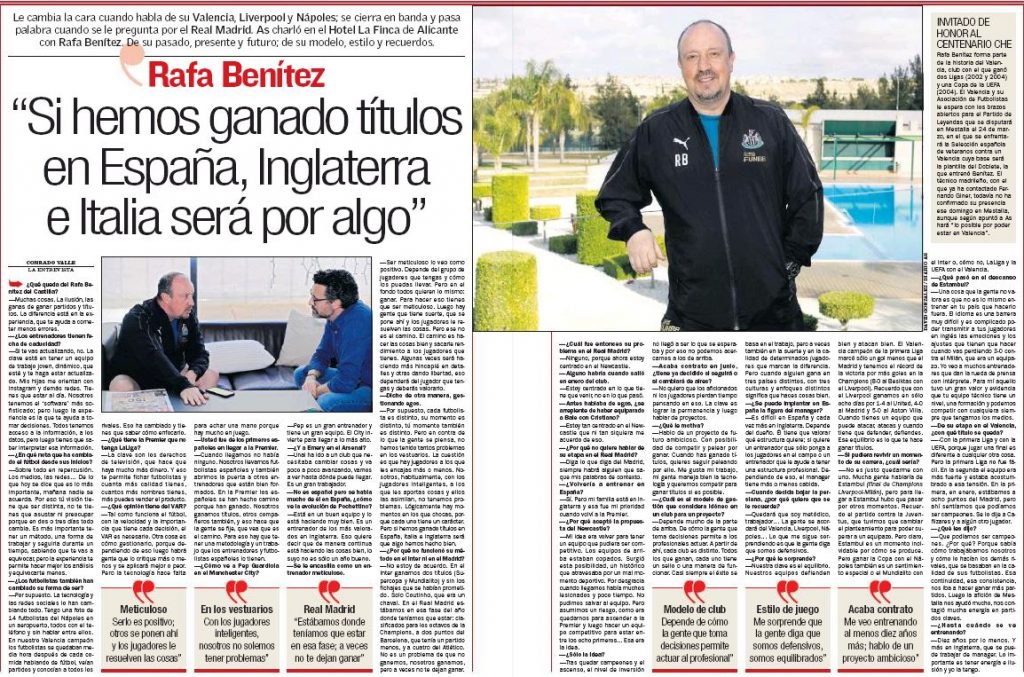 On his decision to continue with his current employer even after dropping to the Championship, he explained: “My idea was to go back to have a team that could be competitive. The teams above were cramped. This [Newcastle] possibility arose, a historical one that was going through a bad sporting moment.

“Unfortunately, when we arrived there were many injured and little time. We could not save the team. But we took a risk, as it was to stay to get promotion to the Premier League and then make a competitive team to be in the top eight… That was the idea.

“After being champions and the promotion, the level of investment that was expected wasn’t made and that is why we cannot get closer to those [clubs] above [us].”

Benitez is clearly just as frustrated with Mike Ashley as supporters of Newcastle are.