It was also explained Mendes was trying to put pressure on the La Liga side to offer his client a new deal before he returns from a long-term injury suffered last November.

The 18-year-old’s current deal runs down in 2022 and Mundo Deportivo say the Catalan club has ‘total trust’ in the forward to sign an extension.

It’s said the super-agent has made everything more public after offering the young star to City. However, at the Camp Nou, they haven’t received any offers from Pep Guardiola’s side for the Spain international.

At Barca, they say it’s not to be ruled out Manchester City and their local rivals, Manchester United, ‘asked about the situation’ of Fati at the Camp Nou, when they were negotiating Cristiano Ronaldo’s transfer with Mendes. The 36-year-old finally returned to Old Trafford. 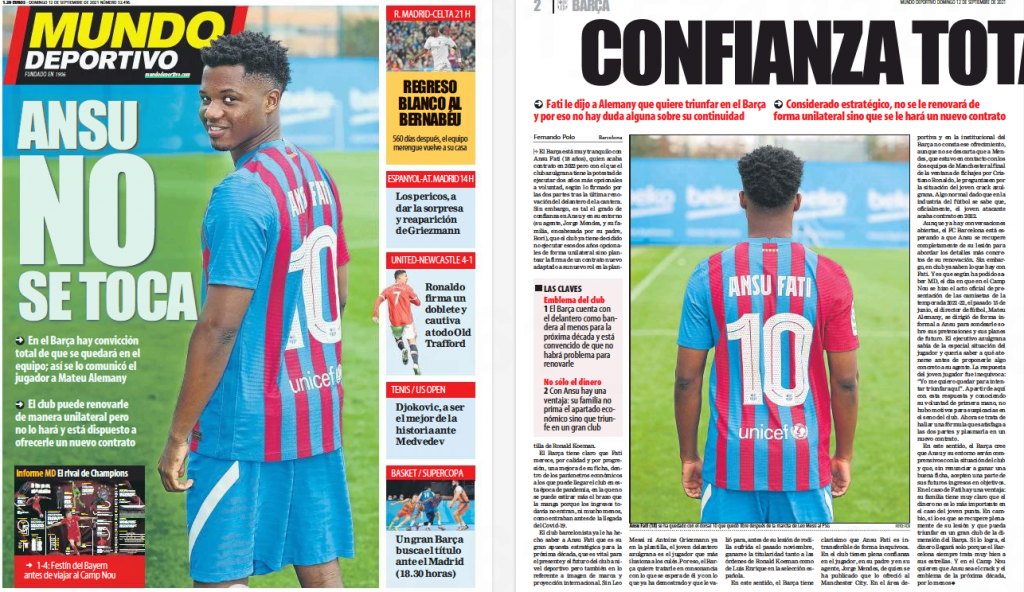 Ronald Koeman’s side believe City and United asking Mendes about Fati is ‘something normal’, given that his contract expires in 2022.

The Catalan club, for their part, have it ‘very clear’ the player is ‘non-transferable’ and such is the trust they have in him and his camp, that they have decided not to exercise the option to extend his contract by a further two years.

Barca are clear Fati deserves a pay rise, but within the economic parameters that the club can reach. Mundo add there are talks between the two parties, but the La Liga side are waiting for Fati to return to the pitch, to ‘address the more specific details of his renewal’.

Thomas Tuchel wants Chelsea signing ‘at all costs’ – Blues have...