Barcelona are yet to hold talks with Manchester City about a deal for João Cancelo, despite rumours to the contrary.

Several reports over the last week have indicated the City right-back could be part of a three-way deal between Manchester City, Inter Milan and Barcelona.

It’s been explained that the plan was to sell the Portuguese defender to Barcelona, who would then send him to Inter Milan as part of a deal for striker Lautaro Martínez.

That would free up Nélson Semedo to move to the Etihad, with the defender keen to leave Barcelona and making it clear that he would like to join Manchester City.

The potential deal was a neat wrap up for all concerned, with each club getting what they needed and all parties happy, as far as the reports were concerned.

However, according to Marca, Barcelona are yet to hold any talks with Manchester City over Cancelo.

They explain that such a deal is ‘complicated’ for Barça given the player’s price tag and because of the high wages he will ask for. 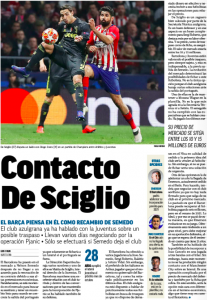 In fact, in financial terms, he would the ‘most expensive’ option Barcelona are looking into, something they are very much aware of.

Thus they are yet to talk to City about a potential move, suggesting this potential three-way move is only in the idea stage at this point.