Adrien Rabiot has long been a target for Barcelona and with six months left on his contract at Paris Saint-Germain, he’s allowed to negotiate with clubs outside of France for a future transfer.

A recent report from the Frenchman’s country suggested that he had an agreement with the La Liga winners, which was denied by the Blaugrana through an official press release at the weekend.

The denial from the Catalan club gets a mention on the front page of today’s edition of Mundo Deportivo and it is once again relayed by the newspaper that there is no agreement between the player and Ernesto Valverde’s side.

It was also stressed in the official statement that there were contacts between the two clubs and Mundo claims PSG cannot complain about any wrongdoings related to Rabiot. 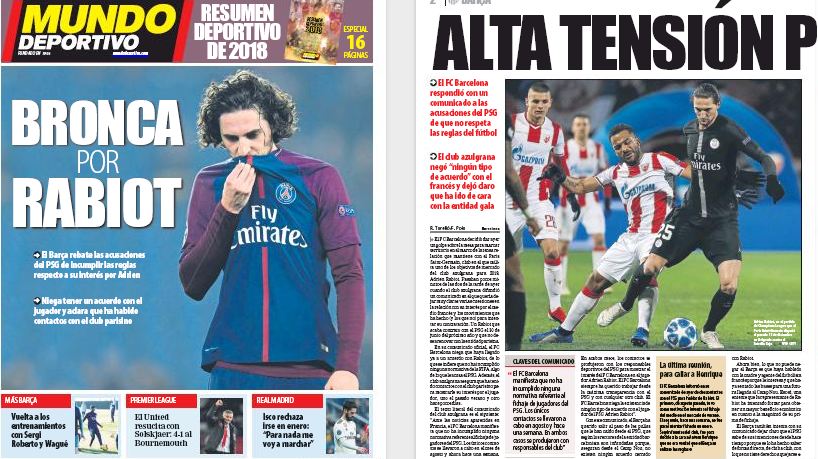 However, the report does not deny the Spanish champions having held talks the midfielder’s mother, Veronique Rabiot, who is also his agent.

It’s further mentioned that Barcelona are interested in the PSG contract rebel and have ‘laid the foundations’ for his arrival in the future.

His representative has tried to get a better signing on bonus for the player, but there is no mention if there has been any success on that front.