The Brazilian remains at Anfield and under the control of Jurgen Klopp.

He can be as upset as he wants, but Coutinho’s only real option is to get his head down and perform to the best of his abilities for Liverpool.

Football can change very quickly indeed, and if Coutinho wants to sulk on the bench until the winter window then he may well find Barcelona have lost their interest, and others have stepped over him to be important for Brazil.

Over in Barcelona, the club are trying desperately to escape the L. The summer transfer window was the latest in a series of disappointing ones for the Catalan club. A clear lack of direction and a perhaps clearer lack of ability and connections to actually get deals done has stained the club.

Robert Fernandez, the club’s transfer chief, probably won’t be shaken from his permanent smug state, and Josep Maria Bartomeu remains the aloof character he has been since he got the presidency.

Barcelona officials literally stand to attention for Bartomeu and he clearly quite likes it, padding an ego which, whilst sizeable, still has cracks.

The La Liga club simply aren’t going to accept their position as losers over Coutinho, and that involves pushing blame towards Liverpool.

Having already denied asking for €200m for Coutinho’s transfer, Liverpool will be annoyed to see Bartomeu has reiterated the claim. In an interview with Mundo Deportivo, Bartomeu had it put to him: ‘They asked for €200m for him? Liverpool denies it.’ 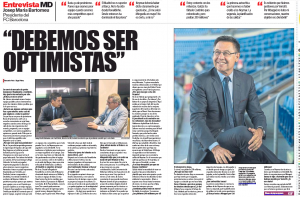 Asked if Coutinho could arrive in January, Bartomeu said: “I’m not talking about names. We’ll see.”

It’s interesting that Bartomeu, despite Liverpool’s denial, didn’t make any effort to say it was an agent who presented the €200m figure.

Barcelona are quite happy for it to be believed Liverpool asked for €200m, and they walked away feeling the price was too high.