After Ajax’s 4-1 win over Real Madrid, the number of reports linking Matthijs de Ligt with a move away from the Dutch club is only going to increase.

Barcelona have been one of the clubs who have long been after the defender and their president Josep Maria Bartomeu told SER Catalunya (via Mundo Deportivo) the 19-year-old is on the list of targets for the La Liga winners in the summer.

The Catalan club’s chief said: “De Ligt name is on the table. Where there is such talent away from Barcelona, we’re always looking at them. It’s a topic that will be discussed in our sports planning which begins in March.”

Another report from Thursday’s edition of Catalan newspaper Mundo Deportivo also brings an update about the interest from Ernesto Valverde’s side.

It’s claimed the Blaugrana will ‘bet strong’ on signing the centre-back in the summer, after securing Frenkie de Jong. 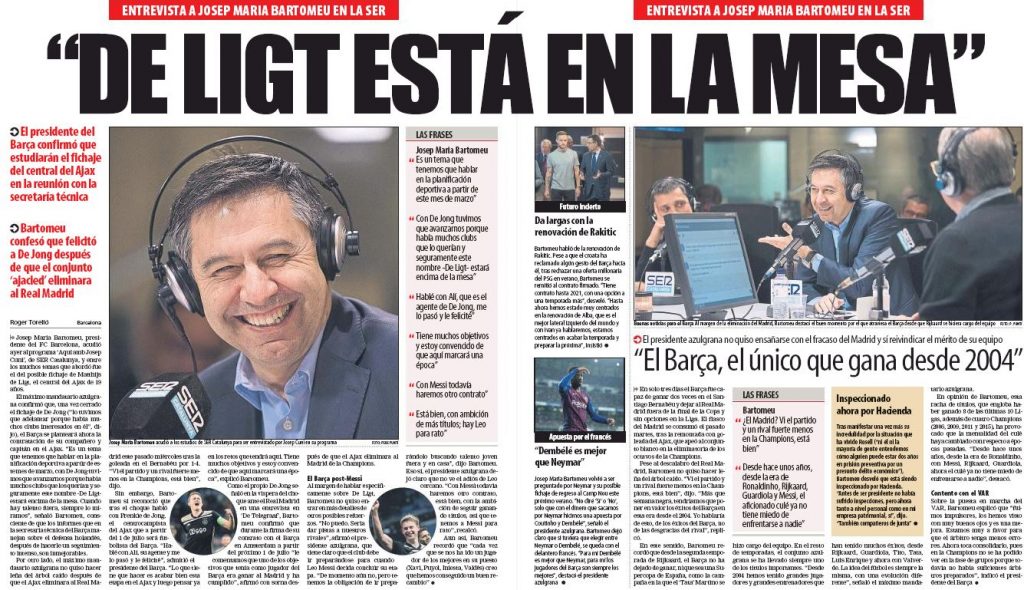 Mundo claims De Ligt ‘wants’ to follow his close friend De Jong to the Camp Nou in the summer.

Last month, we covered a report from the same publication, who explained the Spanish champions are studying the economic feasibility to sign the Ajax star.

Barcelona already have the services of Gerard Pique, Clement Lenglet, Samuel Umtiti, Jean-Clair Todibo and Thomas Vermaelen as the central defenders in the squad. However, they are impressed with De Ligt’s quality. 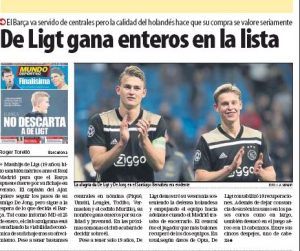 The report suggests a decision on the teenager will taken in the coming weeks.