Reinier Jesus Carvalho made his debut for Flamengo in July and his performances have seen him followed by top clubs across Europe.

On the front page of Mundo Deportivo, it’s claimed Barcelona are ‘interested’ in the 17-year-old and for his age, he stands out ‘for his height (1.85 m.), power, technique and ability to score and assist’.

It’s claimed the teenager is considered as one of the brightest prospects in Brazilian football. Mundo even draw parallels with his situation at Flamengo to that of Ansu Fati at the Camp Nou.

Ernesto Valverde’s side have been following the South American for a long time and they have already made the first approach with the Brazilian club.

Barca executives ‘showed their interest’ in the youngster, but his employer has no plans to sell him anytime soon, especially after he renewed his contract until 2024. 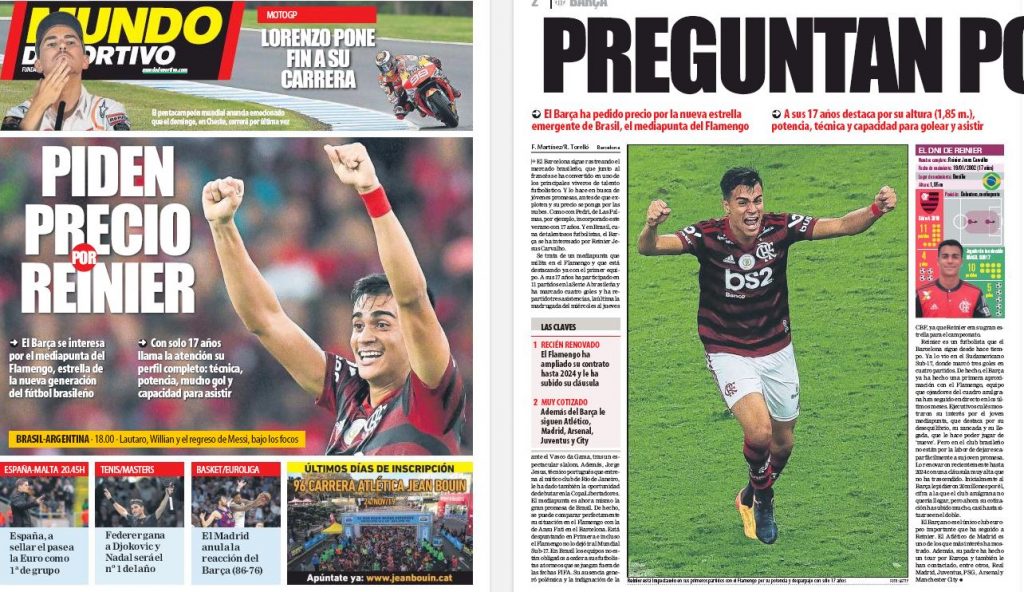 The Spanish champions could have signed Reinier earlier for €20m, but they felt the price quoted for him was too high.

Mundo claims his price tag has now ‘almost doubled’, but there’s nothing to suggest if they are ready to meet his valuation.

The attacking midfielder has four goals and three assists in 11 appearances and he’s also made an appearance in the Copa Libertadores.

“It hasn’t really happened” – Jürgen Klopp on PL success yet to sink in, wants to ensure Reds don’t drop off

“It hasn’t really happened” – Jürgen Klopp on PL success yet...