The future of Wahbi Khazri has become quite a big story in France, so much so that Le Parisien asked Rennes’ president, Olivier Létang, directly about it in an interview for their Monday print edition.

The Sunderland loanee spent last season on loan with the Ligue 1 club, where he thoroughly impressed playing a more central role, leading to a lot of attention from French clubs.

The Black Cats’ relegation to League One has certainly helped, as the Tunisia international’s wages will need to be taken off the books over the summer to help the northern club’s finances, meaning a bargain could be on the cards.

As well as Rennes, Marseille and Lyon have also been linked with Khazri, with all three clubs capable of offering the 27-year-old some sort of European football next year. 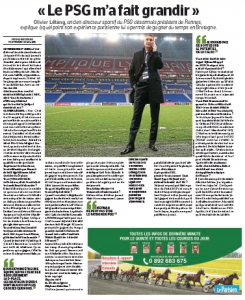 And it’s the former on that list who appears to have made the first move.

Létang explained: “Today, the ball is in his court. He has an offer from the club, which, for Rennes, is a very good offer. We are competing with clubs who are financially stronger than us, but we don’t want to play around and need to know quickly if the player wants to be a part of this project”.

While always a solid Ligue 1 side, Rennes surprised a few last year by finishing fifth and qualifying for the Europa League in the process.

That’s certainly helped their case, but if it ends up coming down to a purely financial battle, then it’s no secret both Marseille and Lyon have the upper hand in that department.

That, and Jean-Michel Aulas’ side have Champions League football to offer to boot.

Khazri has a tough decision to make.