Celtic winger Michael Duffy has revealed his plan this season is to impress Brendan Rodgers after recently joining Dundee on a season long loan.

Speaking to the Dundee Evening Telegraph, Duffy was asked what his objectives are for the next season following his move to Dundee.

The Northern Ireland U21 international said he still has two years left on his contract with Celtic, and therefore is keen to return to the SPL champions after his loan spell with Dundee.

Duffy went on to say he will use his time at Dundee to make an impression before he heads back to Celtic.

“I’ve got two years left on my deal with Celtic, so my target is to go back there having proven a point with Dundee. I’m hoping I can go out and impress this year,” said the 21-year-old on his plans for next season.

Duffy joined Celtic in 2015 from Derry City, but has yet to make as senior appearance for the SPL club. Since arriving at Celtic Park the youngster had a loan spell with Alloa Athletic in order to get first team experience, and the same will happen in the next campaign with Dundee. 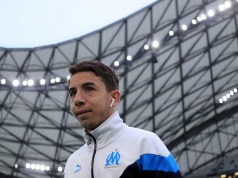