At this point, it’s no secret that AS Roma are interested in signing Aston Villa’s Douglas Luiz.

The rumours started a while back, and even the signing of Nemanja Matic on a free didn’t calm them down, with the Brazilian clearly seen as a more mobile option and longer term solution for José Mourinho.

A few reports have talked about the Aston Villa midfielder of late, but few has gone beyond the usual mention of an interest without delving into it further.

There might be a reason for that, however, as Corriere dello Sport explain the Serie A side ‘continue to follow’ the situation of the 24-year-old. 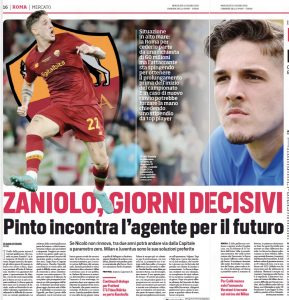 However, ‘the €35m request’ from Aston Villa ‘is considered excessive’, most likely because his contract at Villa Park expires in 2023.

Perhaps that number will go down over the course of the summer transfer window if no one else comes knocking, but it appears the Brazil international isn’t overly keen on extending his stay in the Midlands, and the lure of a club playing in Europe like Roma could push him towards an early exit.