L’Equipe’s big Thursday transfer special will lead to endless claims around the European sport media, with English clubs getting many mentions.

The French newspaper go through Ligue 1 sides one by one, and when it comes to Angers, both Aston Villa and West Ham United get a mention.

Angers are looking to renew their attacking options, which is something the club have been trying to get right for a while in the transfer market. They’ll also be looking to raise funds, and it’s not only in the striking positions that changes will be made.

Midfielder Baptiste Santamaria is said to be attracting ‘serious’ interest from Aston Villa, West Ham and Serie A side Fiorentina. His contract runs until June 2022, and a potential transfer fee for the 24 year old is put at €6-8m. 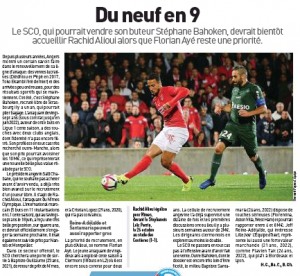 Last season he made 40 appearances in a defensive midfield role.

There’s no further information on any approaches or offers from any of the clubs named as keen.