Dundee forward Kane Hemmings has revealed he’s happy at the SPL club despite speculation he could move back to England. The former Barnsley player has been linked with Aston Villa and Queens Park Rangers in recent weeks.

Speaking to the Dundee Evening Telegraph, Hemmings said the current Dundee squad has a good bunch of players, and therefore he doesn’t see why he needs to move this summer. The forward confirmed he isn’t trying to force a move away from Dundee, and that his form has led to this speculation.

“We have a good set of boys, I am getting playing time and scoring goals so why would I want to be moving anywhere? I’m not looking for a move but my form has brought speculation. There’s nothing I can do about that,” said the Dundee forward on his future.

There have been claims Hemmings has a £250,000 termination fee implemented into his contract, but this has been denied by the SPL club.

The 24-year-old still has two years left on his current deal with Dundee, and subsequently the Scottish side aren’t under pressure to sell Hemmings in this transfer window. 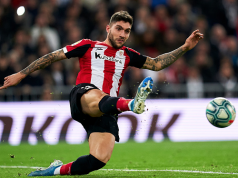