The Spanish goalkeeper joined Villa on loan from Milan in the January transfer window as the Villans sought out a replacement for the injured Tom Heaton.

He has proven to be a big hit at Villa Park, providing the sort of stability and experience the relegation-threatened side needed.

It was unknown whether he would be extending his stay in England beyond this summer, but Tuttosport claim that will not be the case.

According to the newspaper, the plan is for Reina to return to the club from Aston Villa in the summer to either act as a replacement for Gianluigi Donnarumma or as back up to his replacement.

The Italian keeper is yet to sign a new deal at the club, with Juventus known to be admirers, and should he depart then it would create an ‘extreme’ problem for Milan.

They would need to find a replacement and, with that likely to be difficult, Reina could at least step in for a year. If not, he can be the experienced back up to Donnarumma’s replacement. 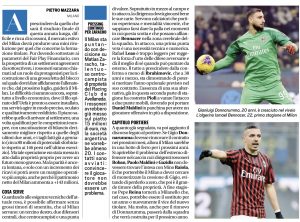 This tallies with a previous report from Calciomercato.it which stated that Milan were eyeing Reina’s ‘experience and reliance’ and thus had ensured his move to Aston Villa was only on a ‘dry loan’.

They insisted that his departure was a case of ‘see you again in July’ rather than a permanent goodbye and Tuttosport are now backing that up.

How this affects Aston Villa remains to be seen, although it seems that if they were hoping to have Reina next season as well, they might be set for disappointment.