Steven Gerrard’s side took the Brazil international on loan from Barcelona and as a part of the deal, they retain an option to make his stay permanent at Villa Park.

Gomes, on the other hand, initially joined the Toffees on a temporary transfer from the La Liga side in 2018 and the deal was made permanent a year later.

Writing for the back page of today’s edition of the Catalan newspaper, Martínez labels the former Liverpool star’s signing the ‘biggest fiasco’ at the Camp Nou, considering the amount paid to secure his services. Coutinho is Barca’s most expensive signing.

He further states: ‘I also value more than the disappointment of the signing, the cost. That’s why for me Coutinho is the biggest fiasco’. After naming the new Aston Villa player, the journalist mentions Ousmane Dembélé will be in his ‘top 3’ worst signings made by the La Liga side. 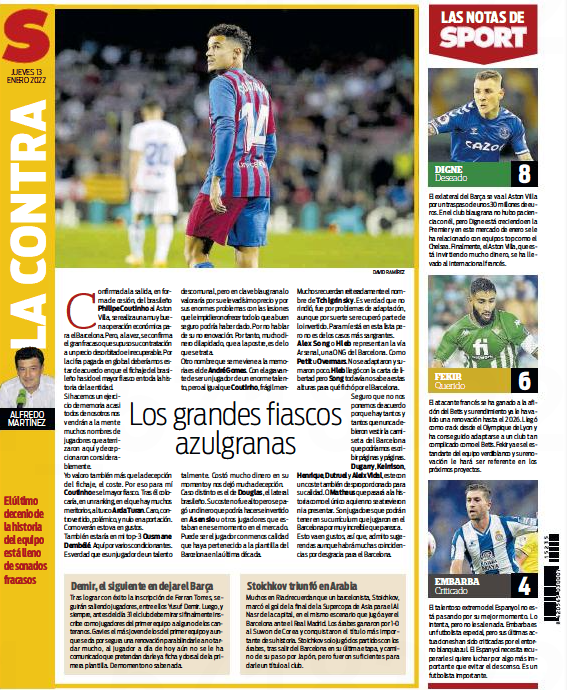 Martínez then talks about Gomes, who joined Barcelona from Valencia in 2016. Discussing the Portugal international, the journalist explains he had ‘enormous talent’, but like Coutinho, he was ‘mentally fragile’, which saw him fail to shine for the Catalan club.

Gomes has regained his form at Everton and has been a regular for the Merseyside club, whenever eligible for selection. Coutinho will be hoping he get back to his best under Gerrard’s orders at Aston Villa.