When it comes to first season’s at a new club, Lia Wälti had a bit of a mixed time for Arsenal women’s team last season.

Wälti arrived at the club from Turbine Potsdam last summer as the Gunners looked to reinforce their midfield.

That is something she managed to do in the first half of the season, making 12 appearances in all competitions and registering one assist for her new side.

They saw her earn a place in the FA WSL Team of the Year, despite the fact a knee injury suffered in January saw her miss the second half of the campaign and spend seven months on the sidelines.

That injury was obviously a downer for Wälti but she insists she’s certain the move to London was the right one, even if the city itself is not for her long-term.

“From a sporting point of view, I got along really well with the team, the coach and the club,” she told Schweizer Radio und Fernsehen (SRF).

“That was a real stroke of luck, and I felt good from the first moment. As for me personally, however, I have been able to exclude London very quickly as a future home.

“I will not spend my life here. But overall, the move to London was absolutely the right one. I hope the adventure is far from over.

“When changing to Arsenal, I noticed a clear difference in professionalism again. In London, we can train on the men’s pitch.

“That’s something you could have dreamed about in the past. I hope Switzerland is catching up soon. Otherwise, you will eventually lose the connection.”

Women’s football is improving in England and with that has come more financial security for its stars.

That was the case for Wälti, who saw a dramatic increase in her paycheque compared to what she was earning in Germany previously.

As time progresses the gap between the men’s game and the women’s is only likely to decrease, but the Arsenal midfielder isn’t all keen on it happening.

“I am lucky that I have been able to live on it (playing football) for a long time,” she added.

“In the first years, I earned less than in an office job here in Switzerland. Now I am more expensive. It is an incredible privilege. Also, I am glad that our wages do not move in the area of ​​male players.

“I can see it up close at Arsenal: Some of the men are no longer living in reality, it is an imaginary world. They just slip into it when they decide to become a professional footballer.

“Who would not want to earn more? Nobody would say no. But in men’s football, it’s just too much money – and it’s getting more and more. I do not want to live such a life.

“I feel like these men cannot be themselves as soon as they leave home. I do not want to live such a life. Sure, in women’s football, some things could get better. But still, I’m glad we do not make millions.” 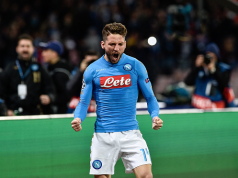